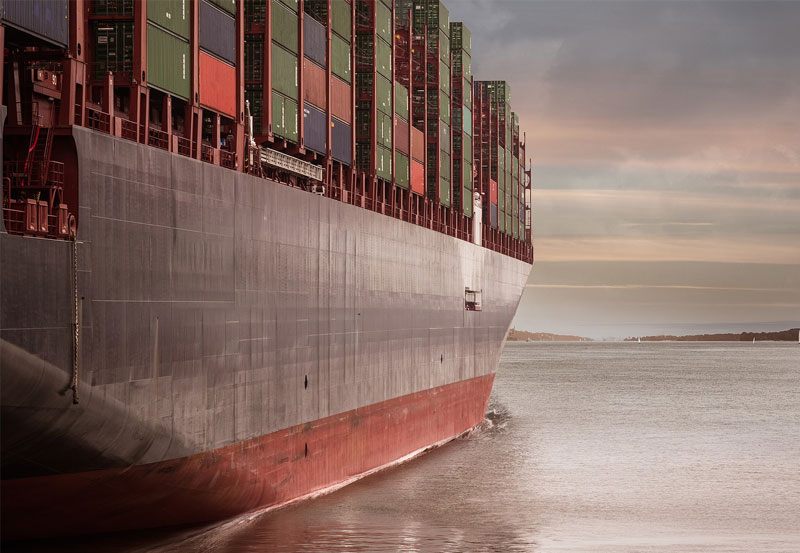 Cargo containerization is constantly gaining popularity, because it enables standardization, and containers provide the possibility of broadly understood intermodality of this load unit. On the other hand, the constantly introduced modifications of the containers themselves make it possible to use them for the transport of virtually any type of cargo - general cargo, bulk, liquid and even hazardous materials.

utilization containers enables carriers and shippers to reduce costs transport, which is associated with the simplification of processes, as well as a reduction in the number of employees who have to handle the transport process. also container transportation it is safer, the load it contains is more difficult to damage, and its standard appearance and dimensions ensure easy handling with the use of standard tools. There is also no need to store the transported goods while waiting for the next means of transport, containers they are also responsible for a much more effective use of the component surfaces of terminals.

Containers they are currently used in road, rail and sea transport, as well as by combining different types of transport with each other, i.e. in intermodal transport. Thanks to the use of containers transport costs are reduced, the time of transport is shortened, and safety increases.

Containers are transported by road transport using specially adapted vehicles. This method transport containers it is fast, it enables goods to be delivered directly to the customer's door, and until recently it was competitively priced. Unfortunately, it also has serious drawbacks.

Container transportation by road transport poses a serious threat to the natural environment, not only due to exhaust gas emissions, but also the necessity to occupy new areas for multi-lane highways. The increase in road traffic is responsible for the increased number of accidents which result in the destruction of goods, often causing additional environmental hazards. In addition, many countries, such as Austria and Switzerland, add a so-called green tax to fuel prices, and some countries have started to suspend heavy goods vehicles on Saturdays, Sundays and public holidays, and often also at night. In the case of a small amount containers and light loads of this kind transport however, it is still the most cost-effective, usually because of its speed, but for heavy loads it does not live up to expectations as it has strict weight limits for containers. In case of road transport One more obstacle must be taken into account, which is the instability of transport prices, which change along with the increase in fuel prices.

Rail is a great option in the event container transport over long distances as well containers weighing in excess of the permissible standards for road transport. In addition, it reduces the risk of damage to the goods, as trains are much less exposed to the risk of accidents and less often affected by weather conditions. In a situation where you need to transport heavy loads or a large number at a time containers rail transport is an advantageous solution. It is true that, due to the need to reload at the container terminal, the transport will take longer, but thanks to the lack of weight limits and price stability, which are not dependent on the fuel price, the total costs will be lower than in the case of road transport. The aforementioned predictability of prices in shipments railway it is also important when goods are transported regularly as well as under long-term contracts. However, the railway will not be a good choice for transporting individual ones containers, loads for urgent delivery, and when the recipient's premises are far from the container terminal.

Maritime transport in case of containers has many advantages, and the most important is still its price. In the case of considerable distances compared to road transport, the price sea ​​transport it is much lower, but in the case of railways the difference is not that appreciable, and sometimes even rail transport is cheaper. The load capacity of ships is also encouraging, as it is possible to carry much more at one time containers, than with the help of other modes of transport. Another advantage is its low accident rate.

The biggest downside shipping containers by sea It's time. The distance that the railway can cover in 24 hours is covered by the ship in 10 - 14 days, in addition maritime transport it is not self-sufficient, this route can be delivered containers only from port to port, and in order for them to reach their destination, another form of transport must be used. It is also highly dependent on weather conditions and in case of unfavorable weather conditions, the delivery of goods may be significantly delayed.