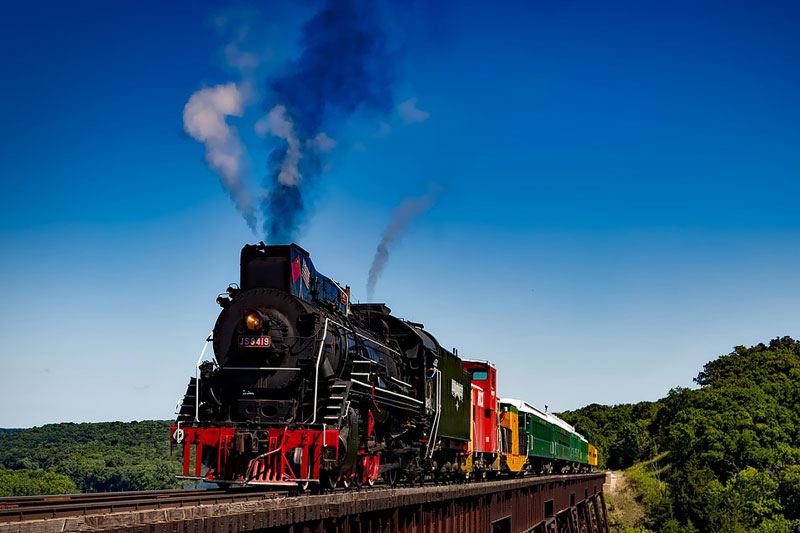 The undoubted advantage of this kind forwarding it is possible to transport goods of considerable weight, which effectively enables a high load capacity of wagons railway, the problem in this case is also transporting loads of large dimensions. Often, in such a situation, choosing a different type of transport is impossible or may result in damage to the road infrastructure. Capabilities forwarding transport railway they are also independent of weather conditions.

Railway forwarding it also makes it possible to effectively reduce road congestion, which reduces the number of accidents and collisions. Due to rail transport You can transport virtually any type of cargo, i.e. general cargo, such as coal, crushed stone or all types of grain, as well as liquid ones, which include fuels and chemical substances that are transported with the use of special tanks.

Railway forwarding allows for efficient transport of large amounts of goods, even over great distances, does not depend on the degree of urbanization of the area, moreover, it can be an element of multimodal transport. It is used, for example, when transporting goods from European countries to places in the Far East or the Asian part of Russia, it is also invaluable when transporting goods from distant China.

The services provided by professional transport companies are subject to many improvements and extended with new, more beneficial solutions for customers. forwarding. Enterprises specializing in transport and rail freight For example, they establish direct contracts with Kazakh or Chinese carriers, expanding the scope of services provided and improving the entire transport process.

Freight forwarders provide comprehensive service rail freight, representing clients before customs offices and completing all formalities related to rail transport. They operate flexibly, adjusting the proposed solutions to the expectations and requirements of customers, such as intermodal transport, in which one of the links may be just transport railway.

Another such improvement is the container transport, which allows goods to be transported over long distances using various modes of transport, including kolei. In this case, the use of trains as one of the links in the transport chain, compared to by road transport has many advantages, including high container load capacity, lower transport costs, the aforementioned limited dependence on weather conditions, and the ability to provide this type of transport 24 hours a day and 7 days a week.

Striving to reduce transportation costs railway transports implemented in the formula were also introduced door-to-door, which consists in the comprehensive organization of the entire process of transporting goods, which begins at the place of shipment and ends only at the place of its direct receipt. It is the responsibility for the entirety of this type of process forwarder, which is responsible for supervising the shipment along the entire transport route. This type of solution significantly reduces the costs of transporting goods, because it integrates the cost of road freight with holding fees and with rail transport services.

Modern transportation railway they are also more and more often implemented on the EXW basis, which, thanks to the inclusion of a variant that allows for direct receipt of goods from the enterprise, allows to avoid costs that would otherwise consist of margins charged by individual exporters. In this case railway transport it is also often the best alternative compared to other types of freight forwarding.