By plane, by train or by ship? How to transport goods over long distances? 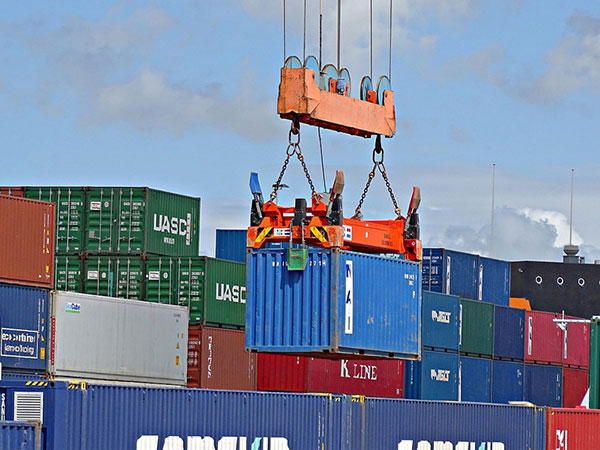 Each enterprise should focus its efforts and activities on the continuous improvement of processes, and in particular on the reduction of operating costs in all spheres of its activity. The basic assumption of this approach is that nothing is perfect, including the individual processes taking place in the company. Savings can be found everywhere, especially in transport and logistics operations.

The growing importance of international transport

Statistics show that logistics costs are one of the main components in most modern industries - especially production and trade. On the one hand, production plants are forced to purchase materials and raw materials, and on the other hand, they are most often obliged to transport finished products to customers. Also trading companies, e.g. wholesalers, must deliver each sold goods to the customer.

Often the cost of delivering the goods exceeds the commercial margin obtained, which should of course be avoided. Of course, long-distance transports generate the greatest costs, so it is worth focusing your attention on them. The more that in the era of progressing globalization, the movement of goods between different regions of the world is a mass phenomenon.

There are a number of modes of transport allowing for efficient movement of goods. These include:

The most widespread mode of transportation due to the best spatial accessibility - the road network is accessible from virtually anywhere. It is characterized by fierce competition among carriers due to the low capital barrier to market entry. This allows you to optimize the process by finding the most advantageous offer in terms of relationships price / quality. Car transport allows you to perform the service in the form door to door.

Mode of transportation specializing in bulky goods. Railway forwarding It also works well in the container transport of general cargo and more valuable goods. This type of transport is also used for long-distance transport, which allows to reduce costs. Its biggest advantage is high rolling stock reliability and a slight negative impact on the natural environment.

Basic branch transport used in the movement of goods between continents due to the possibility of transporting even tens of thousands of containers at one time. In this way, very low transport costs for the single items of goods are achieved. The downside of this means of transport is the relatively long delivery time, reaching at least several dozen working days.

It mainly concerns passenger transport, albeit freight air Transport is still gaining in importance due to high safety factors for goods and speed of transport. It is also the most expensive way to allocate goods. Airplanes is used primarily in the event of an urgent need to move goods. The undoubted advantage of this forwarding jest short transport time.

Container transport now and in the future

Statistics show that logistics operators strive to standardize transport units, which means the most common use of containers. The use of several different transhipment units determines a number of problems, including the need to repackage the goods when changing the means of transport, which extends the time and maximizes costs. Container forwarding However, it assumes the use of one transport unit - a container during the transport of goods along the entire length of the route.

The advantages of container forwarding over long distances are:

Modern shipping gives great opportunities in terms of transport of goods by various means of transport. Each of them has its own advantages, and customers benefit from the ones that are most suited to their needs. However, from a general view of transportation, it is most cost-effective and time-optimized rail freightwhich is perfect for transporting various goods over long, intercontinental distances.