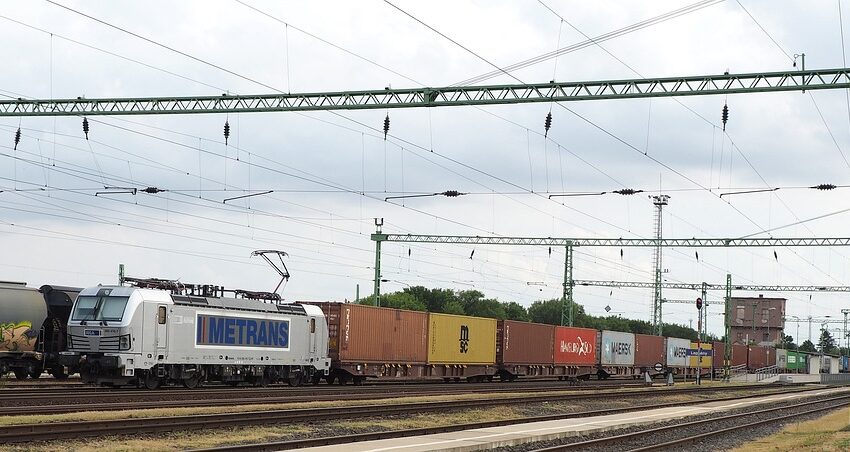 Drop in spot rates. Growth in the expansion of goods from China to Russia on the rail transport route. Will congestion at sea transshipment terminals cause drastic delays in deliveries? The expansion of the railway network in Poland will increase the importance of the terminal in Małaszewicze in this part of the region – an additional opportunity for Poland.

Sea freight rates continue to fall due to weak freight demand, ongoing geopolitical conflicts and high inflation. Disruptions (congestion, Covid-19 outbreaks, strikes, etc.) in ports may temporarily raise rates, but will not cause them to go up in general. Offshore rates are expected to remain low next year.

In the next 2 years, new ships and containers will enter the market, which will deepen the imbalance between demand and supply on the shipping market. It is expected that in 2023 there will be even 13 million TEU in surplus. According to industry experts, freight rates may remain low for the next 5 years. The oversupply also hit the shipbuilding industry.

In 2021, many importers increased their storage capacity and stockpiled large stocks for fear of supply chain disruptions, as happened in the past. Unfortunately, consumers have cut back on spending this year. The growing trend of full warehouses in Europe has also reduced new orders from China.

More and more empty containers are piling up in Chinese port terminals, and there is less and less room for them. Some ports have already started charging for containers that stay in place for more than 7 days.

The busiest rail route for China in 2022 is no longer Europe, but Russia. With the growth of trade between China and Russia, the demand for rail freight is increasing. A large number of cargoes to Russia awaiting customs clearance at Dostyk and Khorgos railway ports on the border of China and Kazakhstan affects the delivery time of trains to Europe. Some China-Europe trains are prioritized. Currently, it takes 12 days to travel from the main Chinese stations (Xi'an, Chongqing, Chengdu, Yiwu) to Małaszewicze in Poland, and 18-22 days to Duisburg and Hamburg in Germany.

Since China exports more goods to Russia than imports, containers and semi-trailers are stacked in Russia, resulting in a shortage of container semi-trailers and congestion at transit stations.

– The EU plans to invest in the Central Corridor

According to reports from Kazakhstan, the European Union plans to invest in the development of the trans-Caspian international transport route. In the period of ten months, around 1,5 million tons of cargo were transported along this corridor, which is twice as much as in the same period last year. Kazakhstan is currently taking steps to increase the capacity of the international route.

Despite a significant drop in transit traffic through Poland's Małaszewicze railway station since the outbreak of war, Poland will invest PLN 127 million (nearly $27,7 million) in building a railway line from Małaszewicze and the nearby village of Biała Podlaska to Warsaw. The contract was signed on November 18 this year. and predicts that construction will begin no later than 2024. Małaszewicze still has a lot of potential, although the market is looking for alternative routes.

China has announced that it will accelerate the promotion of the transportation of new cars and energy batteries on China-EU trains, and will support the development of cross-border e-commerce, overseas warehouses and other new forms of international trade.

Der Spiegel has revealed that DB Cargo plans to raise rail freight prices. The increases can reach up to 45% and are caused by rising energy prices and inflation. There are companies that have switched back to diesel instead of electricity. This is due to the fact that the price of diesel has increased by 80-100%, but the cost of electricity has increased by 700-800%. This makes it difficult to meet the EU's carbon targets.

Truck transport takes 22-27 days from China to Europe in the door-to-door system, depending on the pick-up point and destination. Most European cargo is still transported across the border between China and Kazakhstan. It takes an average of 5 days to reach the border, but crossing times vary from 4-7 days. Bad, snowy weather sometimes affects the delivery time. However, there are more serious problems on the Belarusian-Polish border. For over a month, congestion has been forming at the largest road terminal in Koroszczyn / Brest. Polish authorities said the Belarusian process had slowed down and the EU had tightened controls. Some trucks have been redirected to other terminals on the border with Lithuania and Latvia, but crossing the border still takes 3-5 days.