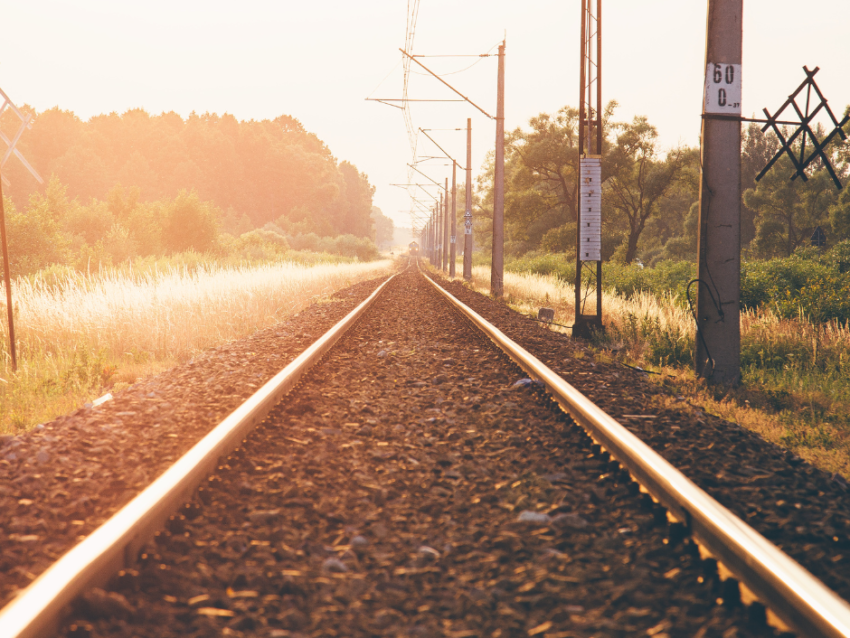 Will rail play a key role on the transport route from China? How does the situation with COVID-19 affect imports and exports in the Middle Kingdom? Trucking loses to rail. High congestion on the Polish-Belarusian border, and losses for the European market. Revival of China's traditional culture.

Sea freight rates from China to Europe have almost hit rock bottom, although Drewry's latest WCI (World Container Index) shows that the Shanghai to Rotterdam rate has rebounded for the first time after 20 weeks of decline, up 2% (or $32) up to USD 1.706 FEU.

Empty containers are piling up in many Chinese ports. The main reason is the drop in global demand that has continued since mid-2022, which has caused many empty containers that were supposed to end up in other countries to return to China. Port operators are stressed by the increasing challenges of storing empty containers.

Trailer drivers in several ports estimate that the volume of goods will increase before the Chinese New Year, but this year has not brought as many orders as expected.

Shipping company profits remain strong thanks to high freight rates signed in early 2022. However, rates in new contracts in 2023 are expected to fall significantly. Compared to 2022, it is estimated that the profits of shipping companies will fall by 70-80%. Thus, the highly profitable period of sea shipping is coming to an end.

China has recently relaxed its Zero-COVID policy. Since then, COVID-19 has spread rapidly and it is estimated that nearly 300 million people are now infected. Many workers are sick at home, factories and logistics companies are experiencing labor shortages. The situation is expected to normalize gradually by the end of February and beginning of March 2023. As Chinese New Year approaches, there may be challenges in China's exports, importers suggest placing orders in advance to avoid delays.

As demand in Europe fell, rail freight rates fell, although not as fast as for sea freight. The decrease in the volume of goods reduces congestion and the overall delivery time is shortened. It takes an average of 12-15 days to travel from main railway stations in China to Małaszewicze in Poland. However, Chengdu Railway reported a 7-10 day delay in departures last week. As the number of people infected with the Covid-19 virus increases, departures from other stations may also be delayed.

The demand for cargo from China to Russia remains high. This leads to an increase in freight rates by 8-12%. Additionally, some shippers have been told that the cost of overseas leg will increase by $300-400 from January 2023, which will result in an increase in overall freight rates.

Until December 13. the number of trains passing through the Alashankou terminal on the border between China and Kazakhstan exceeded 5. a train carrying 900 wagons left Chongqing. The train is called JSQ train, it will leave China via Horgos port on Kazakhstan's border with China. Each wagon can accommodate 20-225 cars. Normally trains have to wait at the border for export declarations, but this time export declarations and customs formalities have already been completed at Chongqing departure stations. The train can cross the border as soon as it arrives at the border, which saves 9% of operating costs and significantly shortens the border crossing time.

As sea freight rates have fallen and rail transit times have decreased, road transport has become less popular. Some companies engaged in this type of transport have shifted their attention to the China-Russia route. The number of full truck loads has decreased, while LCL loads are still popular. In addition, bad weather and huge traffic jams on the Polish-Belarusian border discouraged drivers from coming to Europe. December 24 nearly 1000 trucks waited in a 25-kilometre long queue on the Polish-Belarusian border near Bobrowniki. Many drivers spent Christmas in trucks.

Currently, China is the second largest exporter of cars in the world, the cumulative export volume of Chinese cars from January to November 2022 amounted to 2,785 million units, an increase of 55,3%. Industry experts believe that the current year-on-year shortage of shipping capacity will be difficult to solve in the short term, so car exporters will have to resort to multiple means, including rail and road, to ship cars. Rail operators are actively involved in the transport of cars by rail.

According to Chinese cross-border e-commerce retailers, European countries have strict controls on Chinese e-commerce shipments, and several customs clearance agents in the UK, Czech Republic and Belgium have been fined heavily.

The Chinese people's confidence in the development of the country will drive the emergence of Chinese brands, and traditional Chinese culture is becoming more and more popular to the detriment of European culture.

China is aging, more and more young people are choosing not to marry. In 2023, a negative birth rate is expected, the supply for the purchase of a house for a family significantly exceeds the demand. The economy related to the elderly and singles will start to develop significantly.