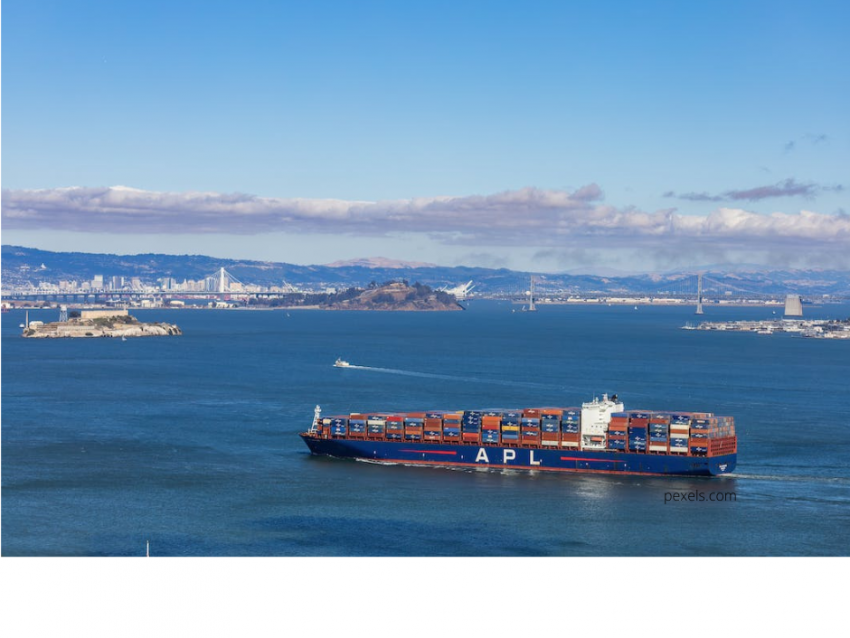 Current rates for sea, rail and road freight. Port restrictions due to Covid infections. The energy crisis in Europe and exports from China. Drivers' problems on routes from China.

Shanghai - Genoa to $ 4 / 736ft, down 40%.
Shanghai - Rotterdam $ 4,595 / 40ft, down 3%.
The SCFI (Shanghai Shipping Exchange) index has fallen by 63% since the beginning of this year. and returned to the levels of the fourth quarter of 2020.
China-Europe route: $ 2 / TEU (down $ 950 or 213% per week).
China-Mediterranean: $ 2999 / TEU (down $ 250 or 7,69% per week and down 40,08% per month)
The SCFI forecast showed that the lowest ocean freight rates will be maintained until mid-2023 and the profitability of the shipping industry will reach its lowest point in the second quarter of 2023.
According to Alphaliner, port congestion is not enough to prevent container freight rates from dropping sharply. Spot rates for the Shanghai-Northern Europe route fell by 48,5% in the third quarter.
At the beginning of October this year. container capacity in China's 8 major coastal nodes decreased by 7,3% compared to 2021. Among them, international trade decreased by 9,4% year-on-year, and domestic trade by 0,9%.
Pessimistic expectations towards the industry were also a factor behind the decline in freight rates. Shipping companies are reducing capacity accordingly, and some routes from China to the US have already been fully shut down.

From January to September this year. the number of trains passing through the Alashankou railway port reached 4617, an increase of 4,6% y / y, and 5246 passed through Khorgos, an increase of 10,6% y / y.
China Railway typically reduces train plans towards the end of the year, meaning there will be fewer trains departing from China. Some shippers expect rail freight rates to increase slightly in December this year. Recently, trains to Europe ran smoothly. Mean Transit Time at Week 41 (Oct 3 - Oct 10):
Chongqing, Chengdu - Małaszewicze (Poland): 11-13 days (port to port).
Chongqing, Chengdu - Hamburg / Duisberg (Germany): 15-24 days (port to port).
Delays have been reported this week due to broken portal cranes at the Altynkol train station in Kazakhstan. There are 3 portal cranes in Altynkol, two of which are out of order. They are to be repaired by the end of October. In addition to priority cargo approved by the Ministry of Foreign Affairs and Trade, and express trains to Europe, China Railway has suspended plans for other trains. Currently, 2-3 trains a day are delayed at the Sino-Kazakh border.

Truck transport is faster than rail, suitable for medium and high value products, e-commerce goods and some dangerous goods such as lithium batteries that cannot be charged on trains. Electronic products with built-in batteries are also not allowed in rail transport, so truck transport is a good alternative for fast delivery of these goods.
Russia has banned European trucks from entering its territory. The ban applies to two-way transport, transit and transport to or from a third country and is valid from October 10 to December 31, 2022. Fortunately, road transport from China to Europe will not suffer, as the transhipment will take place at the EU border. Due to the ban, customs procedures on the Belarusian side on the Belarusian-Polish border (Kukuryki - Kozłowiczy) were slowed down. On October 13, as many as 500 TIR trucks stood in the queue waiting to leave Poland. The average waiting time was over 17 hours. This also applies to trucks going from Asia to Europe.
At the Sino-Kazakhstan border, congestion depends on the port. Freight volumes are expected to decline in November as the e-commerce goods season ends soon.

On October 13, a covid infection was detected in Beilun, which is located near Ningbo port. Another 4 new cases were discovered on October 15. The Beilun District began the blockade for 3 days from 16:00 p.m. on October 14. Key companies that affect daily life can operate if they meet anti-covid conditions, others are on hold. Some roads to the port have been closed and truck drivers must pass negative covid tests within 24 hours to enter Ningbo Port. Customs procedures are slow, many drivers in the vicinity of the port are not really able to move freely. Many warehouses have already announced that they are not accepting new goods.

With the energy crisis in Europe in mind, China is experiencing a significant increase in exports of these products: golfs, electric blankets, solar panels, lithium batteries, alternative fuel cars (new energy cars), etc.
Chinese customs data show that Chinese solar panel exports grew 91,2% year-on-year in the first eight months of this year, and exports to Europe increased by as much as 138%.
China's Automobile Manufacturers Association statistics show that car exports in China hit another record high in August this year, surpassing 300 units for the first time, an increase of 000% month-on-month and 6,2% year-on-year. From January to August this year. China exported 65 million vehicles, an increase of 1,817% year-on-year.

European companies migrate to the US, China and the United Arab Emirates

Under pressure from rising energy prices, some European energy companies are relocating their plants to other regions, and local policymakers such as the US have introduced preferential policies for European companies.

Swap currencies of China and the EU