Transport by train, plane or truck? Which solution to choose? 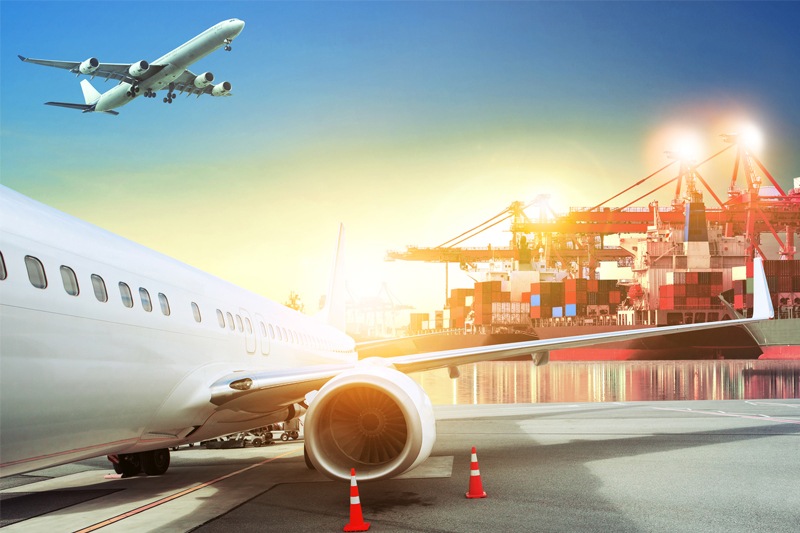 The choice of method for transporting goods depends on many factors. One of them is the price of freight. The safety and type of transported products are also important.

Transport is a field that is developing every year. New solutions appear regularly that have a chance to improve the transport of goods from the place of origin to the addressee. The continued interest in the issue of transport results from the progressive globalization, which, in a way, forces us to move goods between different places, thousands of kilometers apart. It is thanks to transport that we are able to get to know the world at home, thanks to which we can share our achievements with the rest of the world. However, the question arises - which way of transporting goods is the most economical and safe? We are also constantly looking for answers to the question of how to transport specific products so that they reach the addressee on time?

Increasingly successful in international transport and intercontinental enjoys rail freight, which gives a lot of transport possibilities. This type of transport allows for one-time transport of large loads. Thanks to freight trains, it is possible to transport from 300 to 1000 tons.

Railway forwarding it is also appreciated for keeping the balance between low delivery time and reasonable price. Speaking of transport by trains, one should mention their reliability. Compared to road transport, rail is much less likely to deal with accidents that could delay or prevent the transport of goods.

Thanks to freight trains, almost any type of product can be transported. This type of transport is also appreciated for the possibility of reducing the negative impact on the natural environment. The use of railways allows for the reduction of greenhouse gas emissions, pollution and noise caused by road transport.

Rail transport is a great solution that works well for transporting a wide range of loads, but it also has disadvantages. It happens that the railway is not able to handle the entire connection. In this situation, multimodal transport, which relies on the use of several means of transport. In addition to rail transport, it also uses road, road and sea, road and air, as well as road and river transport.

Carriage of goods by air

As mentioned air Transport it may become an important component of multimodal transport. It can be used provided that there is access to aviation infrastructure. It deserves special attention due to the possibility of accelerating the transport process. Air freight it is the fastest of all types of international transport available. Cargo transportation by plane provides express delivery to many places around the world. It is used especially often in situations where it is necessary to transport cargo to corners with no access to the sea.

Advantage cargo aircraft it is possible to transport a wide range of goods. They include pharmaceuticals, industrial materials, animals, flowers, mail. Undoubtedly, the biggest disadvantage of air freight is the price, much higher than that for rail and sea transport services.

The most popular way to transport cargo is road transport by lorries. Hundreds of transport companies deal with it in Poland. The advantage of this type of forwarding is the ability to reach almost any place, the same cannot be said about rail, air or sea transport. It is most profitable if you transport loads over short distances. Having to travel long distances may have a negative impact on the client's finances, remember that fuel costs are not low. In addition, cars have a negative impact on the environment.