Trains continue to compete effectively with ships in transit from China 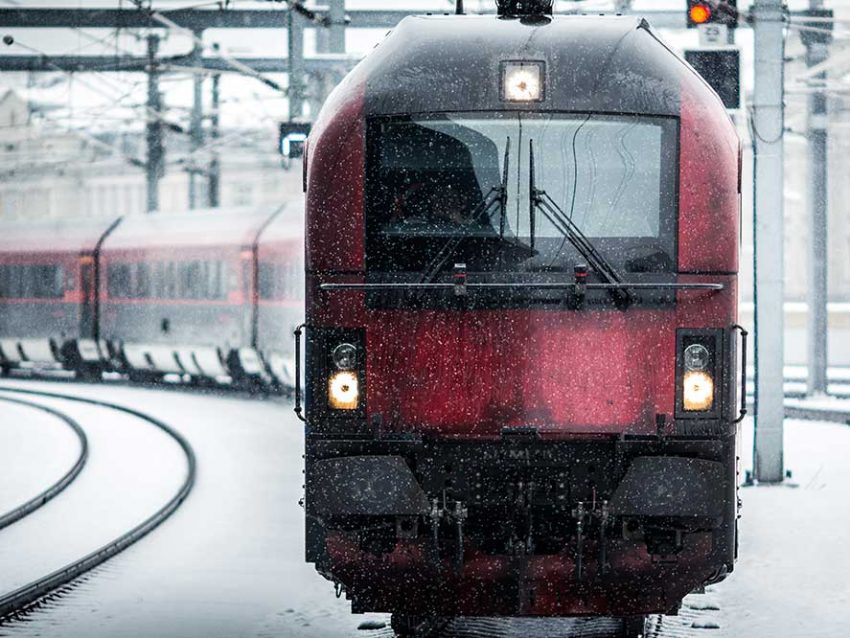 Currently, after lifting the restrictions resulting from the pandemic, the transport of goods returns to conditions predictable for importers. Railway, which has gained new supporters in the last two years, is not losing its importance, strengthening its position as the second most popular means of transport in goods exchange with the PRC.

The normalization and return to the pre-pandemic conditions in the field of import of goods from the Middle Kingdom made sea transport easier, at the same time restoring the prices of services before the drastic increases. At the same time, land transport is still a transport ensuring twice shorter transit time of goods.

As indicated by the FourKites company, which controls the flow of cargo, currently, after the removal of the pandemic blockade in Shanghai, the flow of cargo volume in Chinese ports has decreased by only 2% compared to the level on March 12, before the covid restrictions.

Chinese seaports are working as before the pandemic

As indicated by the Ministry of Transport of China, already in the first half of 2022, the container turnover was 3% higher than in the similar period of 2021. Moreover, in July this year. the volume of transhipment was already the same as before the freezing of the seaport activities - that is 139,8 thous. TEU. This indicates that world-China goods transport is returning to normal operation. As a result, it can be noticed that along with the normalization of the delivery time and the reduction of costs for sea transport, some customers return to the traditional form of importing goods from the PRC - sea freight. It is worth emphasizing, however, that the situation in the transport industry is still very unstable, which is reflected in the constant changes in rates. Until 3-4 years ago, the prices of shipping containers by sea were very stable and set once a year or every six months. This allowed importers to accurately estimate their expenses while guaranteeing price stability. Currently, there is no such certainty - transport costs are determined on a monthly basis, which significantly hinders effective mid- and long-term planning in terms of pricing policy. Moreover, the scale of the increases remains unknown. Therefore, entrepreneurs, in order to optimize the costs and prices related to the import and export of goods, should focus on a more flexible choice of means of transport. The key may be to calculate each shipment in terms of shipping costs.

It is worth noting that the increased interest in sea freight did not translate into a reduction in the volume of goods carried by means of express freight trains. The upward trend in the number of trains from China to Poland continues. According to Chinese railways, already in the first half of 2022, the number of trains that reached Europe as part of the New Silk Road amounted to 7473 and thus indicated an increase by 2% with a simultaneous increase in the volume of containers by 2,6% compared to the twin period from 2021.

The upward trend in both types of transport can be explained by the global intensification of interest in transport and the need to meet the expectations of consumer markets, once again operating freely after covid restrictions.

During the pandemic period, the outbreak of the war in Ukraine turned out to be a certain problem for rail freight from China. Importers were concerned about the fact that the New Silk Road route runs through Russia and Belarus and may be threatened by military actions. As a result, some customers who were keen on time in terms of transport decided to use more expensive and assuming shorter air freight or longer (and at that time not cheaper) sea freight. The result was long delays in supply chains. Moreover, it happened that air transport, despite much higher prices, became slightly longer than cargo transport by rail. The reason was the emergence of congestion at airports as a result of excessive demand and the processes of unloading planes lasting several weeks.

It is worth adding that the New Silk Road has never been threatened by hostilities. It is located in Russia far (approx. 300 km) from the areas where hostilities take place. Moreover, Russia is not interested in suspending or blocking this transport for political reasons, i.e. violating the interests of its main ally - the PRC, which owns the entire railway route.

The dynamics of the growth in the transport of goods affected not only air and sea transport, but also rail freight, contributing to congestion in the transport process. With the end of the first shock caused by the war in Ukraine, the return of customers interested in transporting goods by rail could be noticed. In April 2022, the transit time from China was 9 days. With the growing interest of importers, this time began to significantly extend, until the Sino-Kazakh railway crossing in Alashankou was blocked. In July 2022, the Chinese authorities decided to cancel several dozen warehouses, which allowed the thread to be unblocked, but extended the delivery time of goods. As a result, the situation on the New Silk Road is normalizing, and the travel time between terminals in China and Poland returns to 18 days or less. Moreover, the problem of congestion was mainly related to the Chinese side, and not to problems at the borders. After crossing the Chinese-Kazakh border, the trains reach Poland without any problems.

Railway congestion, which peaked in July 2022, is slowly being cleared and travel times are normalizing. The extension of the delivery did not significantly affect the competitiveness of express freight trains in relation to container ships. They still ensure 2 times faster delivery of goods at comparable costs of order handling. Currently, for the transport of a container by sea, you have to pay from 8-9 thousand. USD, while sending the same unit by rail, you should take into account the costs of 9-12 thousand. dollars. It is worth noting that the differences in prices result from the type of transported goods, therefore it is worth consulting an experienced forwarder before making a decision, who will determine the actual cost of transport, taking into account the specific customer conditions.

The cost of transport is certainly important in the final calculation of the price of the goods, however, with the current shortage of products in Europe and enormous demand, the key is not the unit price of the product, but its actual presence. In the end, the market is won by the one who delivers the goods to the store shelves, not the one who stocks cheaper products in warehouses in China. Hence, it is not surprising that importers are increasingly interested in a faster form of transport, despite slightly higher prices.

What's the prospect in the near future for rail freight from China? Production in the PRC is expected to increase rapidly following a period of pandemic stagnation. In addition, the authorities of the Middle Kingdom have released land transport, which has already resulted in a significant, by 10,8% compared to April 18, increase in road haulage by tractor units on local highways. What's more, the restrictions were lifted and now trucks can move on all roads, which allowed to relieve the emerging traffic jams on the main communication arteries of China. As a result, it can be expected that in the fall the interest in rail freight from China will peak, especially as it is the hottest period of the year, preceding the demand boom before Christmas.