The New Silk Road - a historic route with new possibilities 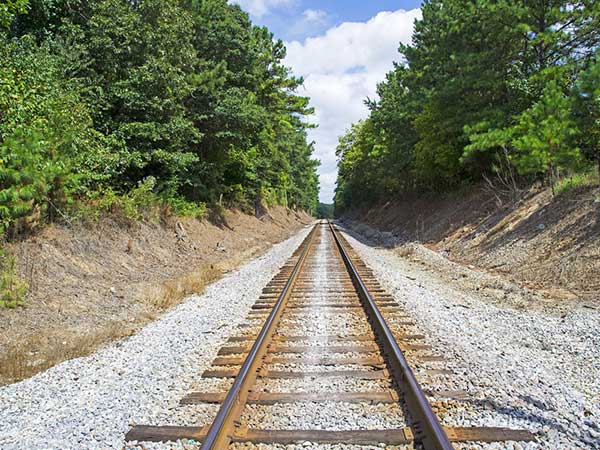 Intercontinental transport is a dynamically developing industry that is constantly looking for new solutions. Currently, it also reaches for proven projects, an example of which is the New Silk Road based on the idea of ​​ancient trade routes.

The Silk Road - history in a new version

Silk Road was of key importance for trade from the 12rd century BC to the XNUMXth century AD, linking China with the Middle East and Europe. He had about XNUMX thousand. kilometers and allowed the transport of valuable and sought-after goods, including paper, silk and iron from China to Europe, and gold, perfumes and grapes in the opposite direction. In the following centuries, medieval civilizations and emerging economic enterprises focused their interest mainly on maritime transport, gradually moving away from land routes.

Nowadays, attempts are made to recreate The Silk Road, especially in the area of ​​rail transport, which may bring new opportunities in the exchange of goods between Europe and Far East Asia. China has a lot of differentiated products to offer European countries at relatively low prices due to the use of relatively cheap labor.

Use of railways on the route The New Silk Road is an innovative solution that has significantly improved the parameters of transporting goods from Europe to China and in the opposite direction. Its advantages are:

The existing rail link on this historic route begins in East China at Terminal V Zhengzhou, runs through Kazakhstan and Belarus, reaching the Poland, specifically to the railway terminal near Warsaw. The goods are then shipped to specific locations throughout Europe. It takes time to cover such a route approx. 12-14 days, which is three times less than in the case of sea transport with a number of restrictions. In addition, rail transport between the Middle Kingdom and Europe is about 30% cheaper than air transportequal in terms of delivery times by rail.

The only drawback of this solution is the need to reload the goods onto standard-gauge wagons (1435 mm) on the Belarusian-Polish border (the track width east of Poland is greater).

Concept for the future

The Chinese authorities and the European Union, including Poland, are in advanced talks on comprehensive improvement The New Silk Roadand even creating completely new routes. To the currently operating the northern corridor using the Russian Trans-Siberian Railway, which runs through Russian territory to Belarus and Poland, additional variants are being considered, such as:

To the present willingness to participate in the project The New Silk Road 65 countries reportedthat could potentially benefit from this unprecedented project. The Polish side of the trail is represented by the company SYMLOG - transport organization specialists.

As part of the development of the trail, there is talk of key investments in the form of logistic and transshipment terminals. There is a good chance that in the event of a real intensification of trade between Europe and China, these investments will be followed by other investments, in the form of warehouse parks, logistic centers or only car and rail roads scattered throughout Poland.

Creation Effects The New Silk Road in the future are:

Investing in such a unified, organized transport corridor brings with it the opportunity for rapid, continuous development intermodal transport, consisting in the transport of goods in a loading unit (e.g. a container) without the need for reloading. It is currently the most advantageous solution in terms of the efficiency of the entire process and its costs. In the case of containers, rail, sea and road transport can be successfully used in one transport.