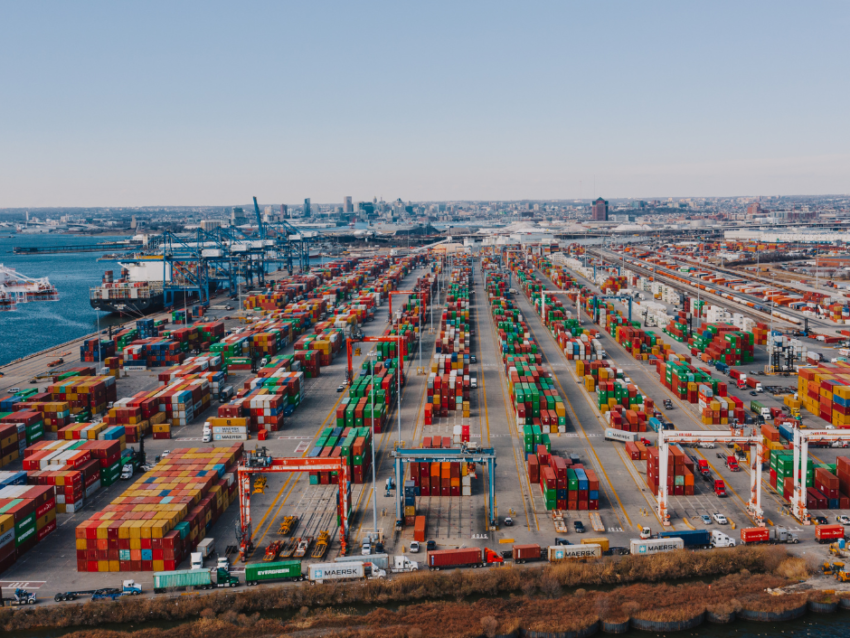 Current freight rates. Situation at sea, railways and roads. China is stockpiling grain and reporting record low exports of goods. The slowdown in the economy results in layoffs and wage cuts.

The latest freight rates (China-Europe) are as follows:

With the economic downturn, logistics companies (like CHRobinson, FedEx, Geodis) have started layoffs and pay cuts. Some Chinese shipping companies from mid-November this year. allow their employees to go on leave, with salaries paid as usual for the first month, but only 80% from the second month. Foreign e-commerce warehouses are also experiencing a decline in orders. Industry experts predict that the forwarding market will remain weak in the fourth quarter of this year. and the second quarter of next year, and the recovery will take place only at the end of the second quarter of 2023.

Demand in Europe is weak, with falling ocean freight rates hampering rail freight demand growth. Rail transport is now much faster than sea freight. On average, it takes 11-12 days from Chinese stations to Małaszewicze, and 17 days to Duisburg. In some regions (in China), the collection of goods is difficult due to Covid-19 restrictions.
Until November 8. More than 6000 China-Europe/Central Asia trains passed through Khorgos Railway Port in 10. And 5.193 trains passed through the Alashankou railway port in the first 7 months of this year, an increase of XNUMX% y/y.
The northern route, which bypasses Russia, is still the main rail route from China to Europe. In 2021, 1,5 million TEUs were transported on it. The Central Corridor, which passes the Caspian Sea, is considered the second best option for overland transportation from China to Europe. In the first quarter of 2022, almost 20 ships were sent via Kazakhstan to the ports of Aktau and Kuryk on the Caspian Sea. TEUs. Assuming demand continues to grow, annual shipments through the Central Corridor could reach 80 TEU in 000, which is already very close to the maximum capacity (2022-100 TEU) of this route due to the limited number of vessels in the Caspian Sea and poor organization. According to the EBRD, even if only 000% of cargo is diverted from the Northern Route to the Central Corridor, the direct investment required to develop the infrastructure in the Central Corridor will amount to around €120 billion.
The first scheduled train on the long route from Xi'an, China to Duisburg, Germany arrived on November 6.
The 9 km journey took 908 days, 11 hour and 1 minutes. This is a milestone in managing the timeliness and punctuality of trains.

In 2021, the bottleneck of road transport was on the Kazakhstan/China and Russia/China sections, as border crossings were hampered by Covid-19 prevention. However, this year, with the ongoing war between Ukraine and Russia and sanctions between the EU and Russia, it has moved to the Polish-Belarusian border. The largest road crossing Koroszczyn-Brest has been jammed for almost a month. Drivers wait tens of hours to cross the border. Polish officials said the bottleneck was due to the slow processing of customs procedures on the Belarusian side.
The Polish side also controls many more trucks than it used to, which hinders the flow of goods. After the warning strike on November 8, the authorities are trying to introduce an electronic queuing system within a month to improve efficiency. Geopolitics could be a long-term threat to road transport between China and Europe. Industry experts estimate that road transport will continue to be favored by e-commerce goods and high-value products.
From November 5. total imports and exports of goods at Alashankou Road Port reached 300, 400 tons this year, a record increase of 251,3% yoy.

According to the China General Administration of Customs, the total value of China's imports and exports in October this year. amounted to USD 511,59 billion, which means a decrease by 0,4%. Exports fell by 0,3% y/y, compared to an increase of 5,7% in September this year. The negative growth rate is unique in 40 years of rapid development in China.
However, in October exports of car manufacturers reached 337 units, increasing by 000% m/m and 12,3% y/y. Exports of energy-related products (lithium batteries, photovoltaics, electromechanical products, energy storage) also showed a significant increase.

China has been stockpiling grain for several years. Since the West is now politically against China, China fears possible sanctions. In addition, natural disasters have been frequent in recent years and food shortages have become more serious. In Europe, agriculture will also suffer from the lack of natural gas, resulting in reduced fertilizer production. Ensuring food supplies is a basic guarantee of China's security.

*Kazakhstan becomes an alternative to Russia

Foreign companies leaving the Russian market are interested in relocating their operations to Kazakhstan, which wants to take advantage of the opportunity to stimulate economic growth.