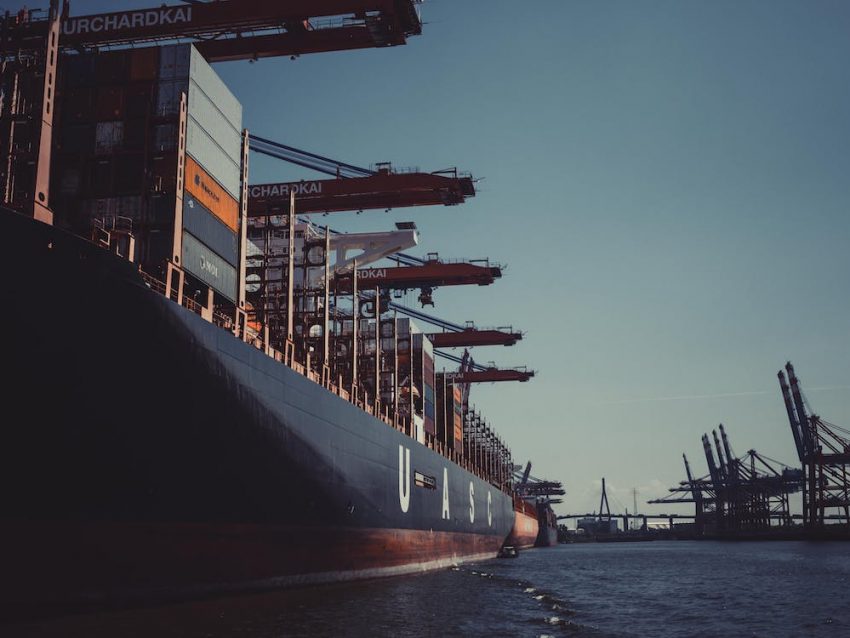 Transport situation from China by sea, rail, roads. The amount of freight rates. A slight slowdown in rail transport. Increase in trade between Russia and China.

The peak season does not bring any increase in volumes this year. Carriers compete with low rates with limited demand. Freight rates are falling. Some carriers say they are happy with the lower rates as long as they do not hit pre-pandemic levels.

In the face of declining demand, ocean freight use, which was close to 100% during the pandemic, remains consistently below the 85% threshold, indicating that the market is no longer able to sustain high spot rates.

According to the SCFI (Shanghai Shipping Exchange Index) freight rate assessment, the rates are as follows:

According to Drewry's assessment of October 27 this year. the rates are as follows:

Shipping companies continue to cut capacity to stabilize rates. The latest data by Drewra shows that 82 of the 721 flights booked have been canceled, with an 11% cancellation rate in week 43 and week 47 (October 24 - November 27) on major routes. Asia to Europe and Mediterranean routes accounted for 23% of canceled trips.

The volume of rail freight to Europe has fallen, prices are relatively low, and there are still some vacancies at major stations for the first half of November this year. Recently, there has been an increase in LCL orders compared to FCL as the market in Europe is fulfilling smaller orders due to the decrease in market demand and the fact that most warehouses are full of goods.

Freight forwarders are interested in using rail freight on the main northern route through Russia, the railroads offer war insurance to secure the cargo, although no incidents have been reported since the beginning of the war.

Due to Covid 19 restrictions in eastern and southern China and high oil prices, the cost of trailers for the first mile increased by $ 280-420. Many drivers are reluctant to go to Xi'an and Zhengzhou because COVID -19 infections have been detected in these regions.

Rail transport of alternative fuels may become a new source of demand despite the decline in demand for containers. October 20 this year. the first train carrying wagons powered by alternative fuels and new energies departed from Chengdu to Hamburg after passing Małaszewicze in Poland. The delivery time is approximately 15 days from station to station. Subsequently, more and more Chinese regions announced the export of alternative fuel cars by rail.

According to the China Railway, between January and September this year. 12 train journeys were made and the volume grew to 000 million TEU, an increase of 1,18% year on year. More than 8% of trains leave China through the border between China and Kazakhstan - Alashankou and Khorgos. Currently, an average of 50 trains pass through Alasahnkou, and over 17 trains pass through Khorgos. Xi'an, as the main station for trains from China to Europe, served a total of 19 trains until October 14924, 24.

As the fourth transport model between China and Europe after the ocean, aviation and railways, truck transport accounts for less than 1% of the market, and delivery times sometimes depend on the capabilities of individual carriers. Currently, it takes an average of 6-7 days after receipt to reach the Chinese-Kazakh border. Then 1-3 days for border crossing and customs formalities in Kazakhstan. Due to the high cost of air freight, some customers who used to ship by air have switched to road freight to keep costs down and still get relatively fast delivery. Most shipping companies transport e-commerce goods from China to Europe.

Due to geopolitical tensions, the road port on the Polish-Belarusian border, Koroszczyn-Brest, has recently become crowded. The crossing time is 2 to 5 days.

Chinese exports to Russia increased in September this year. by 21,2%, it is the third consecutive month of double-digit growth. Converted in dollar terms, total trade between China and Russia increased by 32,5% to $ 136,089 billion, the largest increase among major trading partners. According to the Association of Retail Companies (AKORT) of Russia, China's share of daily deliveries of consumer goods in Russia has increased by 10% over the past year to 70%. Intensive trade between China and Russia has brought new logistical opportunities between the two countries.

Beilun was completely lifted from its blockade as of 00:00 on October 28, 2022. All areas in the region are returning to normal life.

Chinese exports reached in September this year. USD 322,76 billion, which means an increase of 5,7%, while expectations amounted to 4%, the growth rate in August this year. was 7,1%.