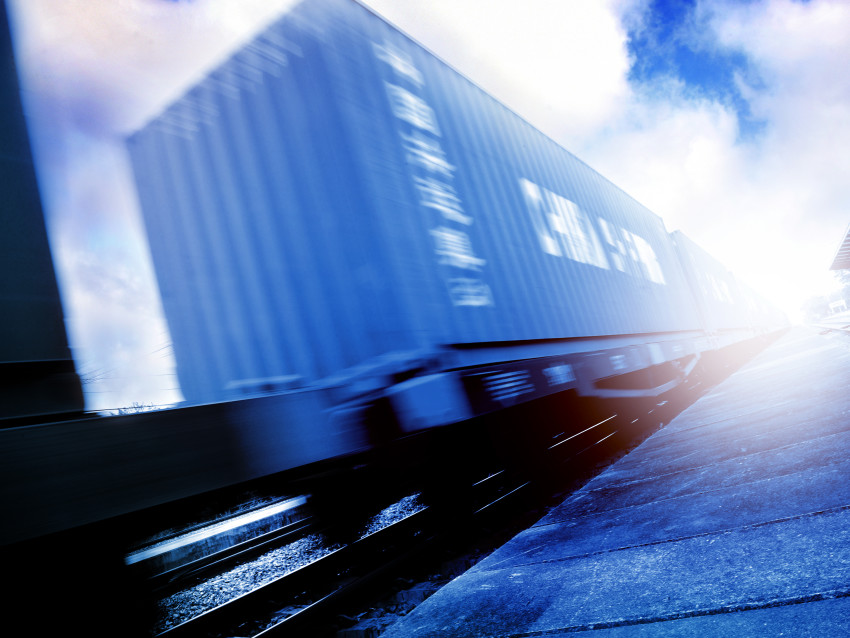 China - the largest producer of goods in the world - is striving to improve routes for transporting goods to Europe. The existing solutions, which did not provide satisfactory solutions with regard to the length of the cable and its costs, caused the Middle Kingdom to look for a new model of transport of goods produced on its territory. New perspectives in the China / Europe - Europe / China trade exchange are opened by the New Silk Road.

The concept of a new, better adapted and expanded railway route, i.e. The New Silk Road was introduced in China in 2013. It was aimed at improving the conditions for the carriage of goods between China and European countries. A year later, this concept became an extremely important element of Chinese foreign policy.

The Chinese are mainly striving to implement the New Silk Road. The fund, which was established at the end of 2014, has a budget of $ 40 billion. Another 100 billion is the capital of the established Asian Infrastructure Investment Bank - Poland is also among its members and founders.

In addition to building thousands of kilometers of railway lines and modernizing existing routes one of the main elements of the investment is the construction of a multimodal logistics center located in Belarus. NJS is a huge communication investment that is not reflected in the history of Europe and the world - it includes not only the creation of a route in Asia and Europe - the most extreme assumptions include, among others construction of a railway tunnel under Mount Everest. The vastness of the investment, the creation of several alternative branches of railway lines means that the investment will be built in stages over the next few years. The Chinese authorities believe that as a result of the establishment of the NJS, the passage of trains from China to Central and Western Europe will increase from 300 (data from 2013) to 1000 per year. They estimate that it will take place in 2017.

How will the NJS work?

The New Silk Road is to facilitate the transport of products from China to European countries by rail. NJS is a reference to the tradition of the ancient route on which trade with the Middle East took place. The creators of the initiative took care to create a network of routes, thanks to which transport will run even several times faster - it is assumed that it will be accelerated by over 50%.

The New Silk Road project takes into account several variants of railway routes. It assumes the creation of high-speed railways on the Moscow - Kazan route. Work is also ongoing on the border between China and Kyrgyzstan and in Azerbaijan, Abkhazia, Cherkessia and Balkaria. There are already 5 logistics centers in China that serve as the main reloading points. Moreover, these centers are already connected with Europe by the used railroads. It is from them that Chinese products are transported to the countries of Central and Eastern Europe and Western Europe through areas with a low level of risk of armed conflicts.

Contemporary goods transport in China-Europe and Europe-China relations is largely based on sea transport. Its advantage is undoubtedly the price, and the biggest disadvantage is the duration of transport from the place of shipment to the recipient, up to 60 days. In this way, the possibility of transporting goods with a limited shelf life (e.g. most food products) and requiring a quick response resulting from market needs is excluded.

Thanks to the creation of the New Silk Road based on Fr. multimodal transport, whose main axis is express freight trains, the ordered goods, regardless of whether they are in wholesale or retail quantities, will be delivered to the customer in a much shorter time.

Development of the Polish economy

Market research shows precisely that in the near future goods manufactured in Europe will become attractive to the people of China. The rising standard of living of the inhabitants of the Middle Kingdom makes them gain in purchasing power. Thus, faster transport of goods is also of interest to Europe as it strives to reduce its trade deficit with China.

What else will the creation of NJS bring? Certainly more jobs - fast express trains from China are already commuting to Poland. Thanks to that we are a country of emerging large multimodal centers enabling forwarding services for European and Asian customers. For us, it is also an opportunity to develop container transport based on trucks.

Polish view of the matter

The establishment of the NJS lies in the interests of Poland. This opportunity is already used by domestic enterprises specializing in the organization of multi-modal transport over long distances. To Warsaw from the multimodal center in Chinese Zhengzhou He comes four times a week train with chinese goods and also goes back four times a week.

Project coordinator covering transport between the multimodal center of Zengzhou and Warsaw is the Polish company SYMLOG. It works closely with the Chinese partner, the ZIH company - the organizer of this thread of the New Silk Road. SYMLOG is responsible for the operation and development of the New Silk Road project on the Polish side. The market research conducted by the company definitely shows an increase in interest in the offer of transport by express freight trains. The tendency to use rail transport services in international forwarding is so great that that in the first quarter of 2017, the frequency of transport will increase to 5 trains a week on the Warsaw - China and China - Warsaw routes.

Transport organization specialists from SYMLOG already notice the great willingness of Chinese experts and project coordinators to cooperate. In one of the interviews, Bartosz Miszkiewicz - the president of SYMLOG emphasizes that China largely supports Poland in the search for suppliers of goods, which can be exported to the Middle Kingdom. Thanks to this, it is possible to balance the number of import and export transports.

People involved in the project and the initiative to develop the New Silk Road see these works only positive effects for the Polish and European economy. They emphasize the possibility of dynamic development of international trade or greater integration of Central and Western Europe with the countries of the Middle East and China.

They point out that the establishment of NJS will have a positive impact on the unemployment rate - more jobs related to the operation of transport will be created, the number of which is expected to increase many times over. The Polish side - already taking advantage of the opportunities offered by the New Silk Road - shows the benefits for our country as a place for the operation of shipping centers and a dynamically developing industry road transport.