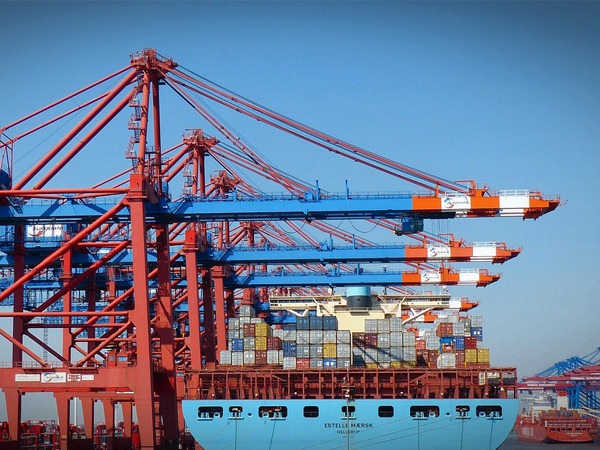 Commodity exchange with the Far East countries is currently a dynamically developing branch of industry. Distances, many thousands of meters, are the basic problem faced by entities trading with China. What are the other challenges of such an activity and is it worth looking for new ways to solve them?

What does the Far East have to offer?

Far East countries, and especially China, have a high share of the total transport of goods to and from the European Union. Huge production centers operating in the East create massively electronics, computer parts and textiles, which they willingly resell on our markets. According to the latest data, China is Poland's largest trade partner in import, and Poland for China is at the forefront of exchanging goods from East-Central European countries. Our native products, which include chocolate, apples, dairy products, beer, water, copper, car parts, engines and synthetic rubber, are most often transported to China. On the other hand, the following items are most often imported to Poland from the Far East: clothing, underwear, bags, suitcases, computer parts, electronics, office accessories and machines, lamps and other home and garden equipment.

Transport of goods from Europe to the Far East

Do transport of goods na intercontinental routes apply road freight forwarding, railway, sea i aviation. It is also used multimodal transportwhich combines at least two of these modes of transport for the best efficiency.

Air Transport Rather, it is intended for small parcels up to about 50 kg that have a short shelf life or must be delivered by priority. Thanks to this, a distance of several thousand kilometers can be covered in one day. In the case of economy packages, this time is extended to about 1 days.

The use of cars allows for the delivery of the shipment in the door-to-door service. It is most often used in multimodal transport, as it enables goods to be delivered directly from the customer to the addressee. It is worth adding that a truck can travel the entire route from Poland to China within 2 weeks.

Maritime transport this is the most common form forwarding goods from China to Poland. It is the cheapest, but the total journey can take up to 6 weeks, which puts it in last place when it comes to shipping times.

Railway forwarding is an interesting alternative for sea ​​transport i aircraft. It is more expensive than traveling by ship and much cheaper than by plane. Time in which pociąg travels about 11 kilometers is only 2 weeks.

China's high position in the production of goods has forced the country to create solutions related to development of new transport routeswhich will facilitate the potential sale of manufactured goods. This is how the idea of ​​reconstruction was born New Silk Roado.

The Silk Road was a road connecting China, the Middle East and Europe, used by people between the XNUMXrd and XNUMXth centuries AD. Development sea ​​transport it gradually blurred the meaning of this important trade route until it was almost forgotten. In 2013, China announced the reconstruction of the Silk Road, which was to reconnect the country not only with Europe, but also with Africa. It is neither an easy nor a cheap investment. Problems are caused by both the heterogeneous infrastructure - the width of the tracks, and the diverse customs regulations of the countries located along the route The New Silk Road.

What challenges await creators and users intercontinental transport between Europe and China? Without a doubt, the biggest problem is the distance. A dozen or so thousand kilometers is a distance that may seem like a barrier. Time is closely related to it transportation of parcels. Both of these challenges are the main elements raised by entrepreneurs. Undoubtedly, the price of transport is also important - however, until the large disproportion in production costs in Europe and China is maintained, it will not significantly affect the popularity of forwarding.

In the long run, a challenge may turn out to be the route of the trail that crosses over a dozen different countries. Currently, the New Silk Road passes through relatively calm and politically stable areas, which, however, may change over time.

Undoubtedly intercontinental transport It brings with it both new opportunities and challenges. However, the wide range of goods provided by China means that it will be popular with European customers for a long time to come.