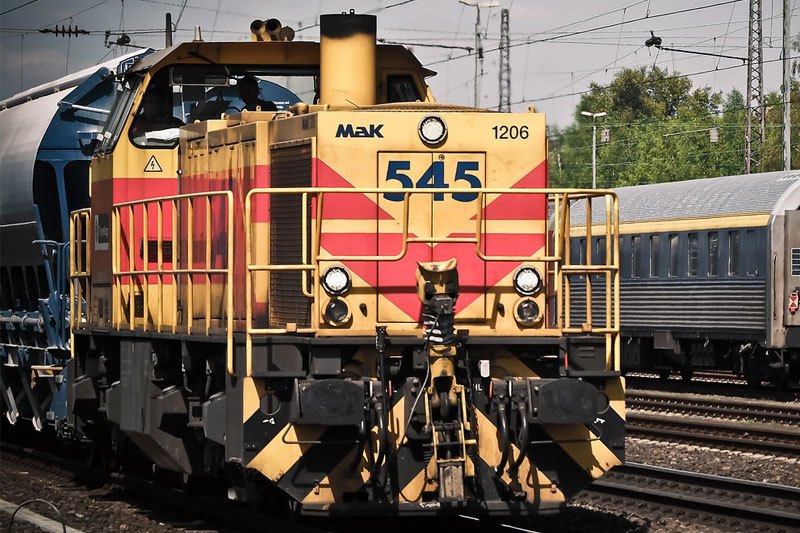 The development of intercontinental rail transport allows for the use of effective solutions for the supply of goods, primarily on the Europe-Asia line. The modernization of the New Silk Road and modern rolling stock allow for the transmission of goods on very profitable terms.

Rail transport plays an increasing roleą role in Eurasian rail connections. For example, it speaks for it the number of trains has been gradually increasing in recent years run on connecting routes European Union with China. According to statistics New Silk Road gains on its routes nearly 4000 trains a yearand the number continues to increase. In relation to the currently used sea transit, rolling stock it's still less than that 2% of its value. Despite this railway transport in many cases it can be a much cheaper alternative.

Not so long ago intercontinental rail transport was a quick solution for the transport of goods, thus generating relatively low prices compared to air freight. At the same time, it was much more expensive than the transport of goods by sea transit. Nowadays major developments in the field of transport policy, including also within rolling stock, allows you to optimization of transport services making the railroad in many cases even cheaper than the ship.

As shown by the experience of many carriers, rail transport can generate much lower costs than in the case of sea transport, often considered cheaper. This is quite evident in door-to-door transports. This system is about comprehensive organization of the entire goods transport process, from the place of shipment to the place of its direct receipt. The person fully responsible for the transported goods is specialized freight forwarder, who supervises the shipment along its entire route. Created this way outsourcing of transport services can greatly affect lowering the cost of transporting goods.

Door-to-door system it generates relatively lower costs of rail transport than is the case with alternative shipping methods. Car freight costs and handling feese, when integrating them with rail transport servicesare usually much lower. In this case, the appropriate selection of means of transport determines obtaining the most optimal solutions.

Most goods from China are imported on the basis of FOB. As the name implies, it is the price of the cargo "Free On Board" (from English "on the side of the ship"). In this case, the supplier is obliged to deliver the cargo to the indicated port or warehouse, pay any reloading costs on the truck-yard-side line and pay the costs of customs clearance. As a result, the exporter selling his goods additionally generates quite high costs related to the transport of the goods to the destination port. The importer can arrange this type of transport on his own, but after careful analysis and calculations, it often becomes unprofitable. Transaction on FOB terms it becomes here his only available option for the transportation of goods.

Significant development of Eurasian rail connections allowed for the creation of innovative solutions in the field of this type of transport. Railway transport the vast majority of them started to be implemented on EXW terms. By turning it on the option of direct pickup of cargo from the company, we can ignore the costs generated by additional margins charged by exporters. Note that the essential still remains here thorough analysis of transport costs by rail compared to the alternatives available. However, in many cases, transportation by train will become a more cost-effective solution. In this way Eurasian rail connections are gaining more and more recognition among entrepreneurs looking for optimal solutions for the transport of goods on the Europe-Asia route. Thanks to the use of effective mechanisms in rail freight it becomes she one of the most effective types of forwarding, not only in terms of costs, but also delivery time.